The club was invited to the Moonambel Muster again for the Queens Birthday long weekend. Everyone braved the very cold conditions and achieved some good 4wding. 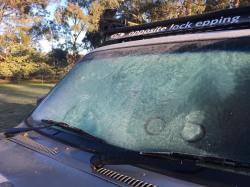 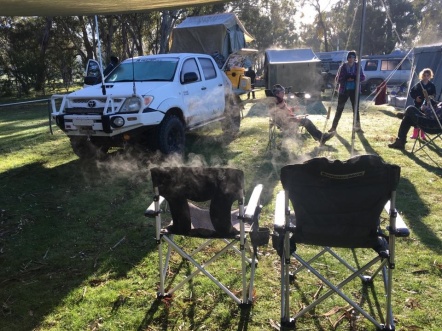 END_OF_DOCUMENT_TOKEN_TO_BE_REPLACED

Plenty of rain in the days before the trip meant this was going to be a wet and muddy event. Sure enough on the day it was still raining, and the boys had some fun in the mud. 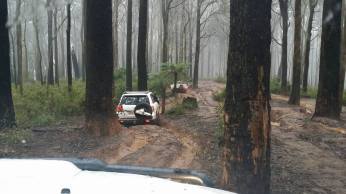 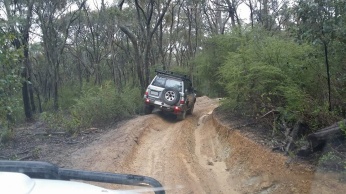 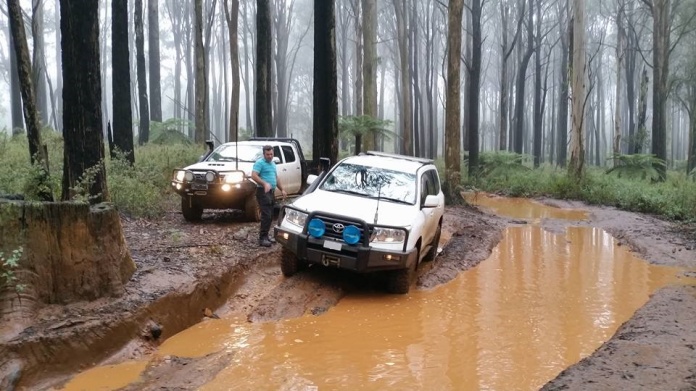 END_OF_DOCUMENT_TOKEN_TO_BE_REPLACED

Day 1 of the Perth trip had the attack of the’gremlins’. My aircon packed up but managed to fix itself after 2 hours and one of my wheel arch linings managed to break free with a lot of noise. Matt’s accelerator cable managed to detach itself so that involved some roadside repairs by P2. Then P2’s cruise control also decided it had enough and stopped working and to top it off Paul D’s aircon also stopped but managed to fix its self a couple of hours later. But apart from that a good drive. 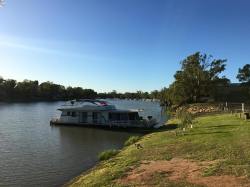 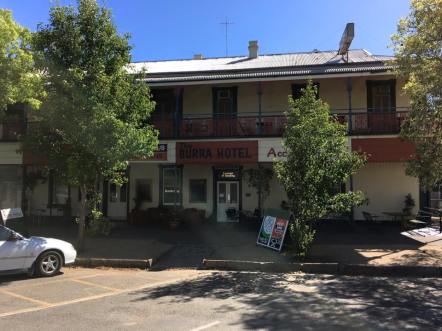 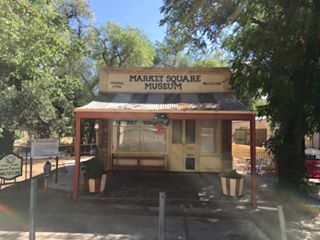 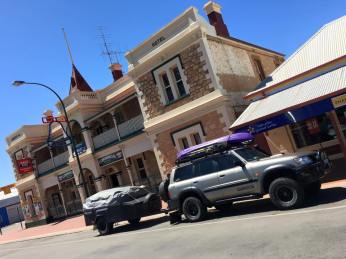 Day two. Morgan to Port Lincoln via Port Augusta approx 650 kilometers. An uneventful drive unlike yesterday. Georgia has booked herself in for a shark diving trip much to her mothers discussed. 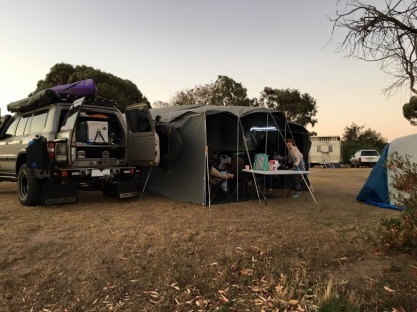 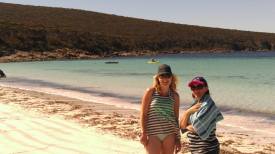 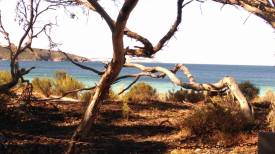 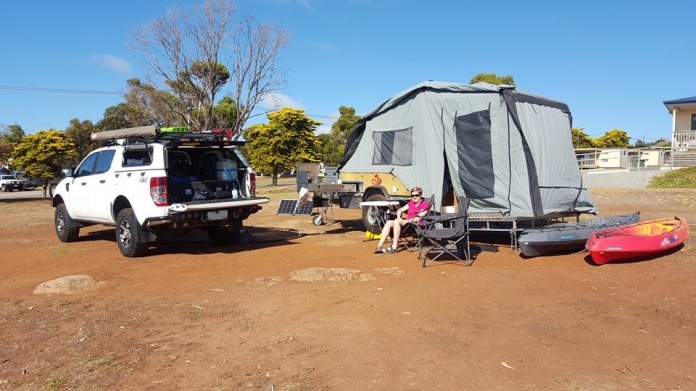 Day three saw us take a drive to Memory Cove via a good track with great views. We took kayaks with us for the beautiful beach . P2 was the one with the ‘job’ of carrying 3 kayaks but managed to loose one on the way. All followed by dinner out.

Day four. Was a move from Port Lincoln to Coffin Bay. The men and Georgia took a fishing trip charter about an hour out of Port Lincoln Spilsby Island. Matt won the biggest fish bet we had and Georgia caught the most. I caught the least! P2 was a bit ‘travel’ sick even after rubbing Vicks into the belly button (he claims it was the coffee). We caught 50 whiting. The ladies and kids spent the afternoon shopping and eating ice cream in Port Lincoln. 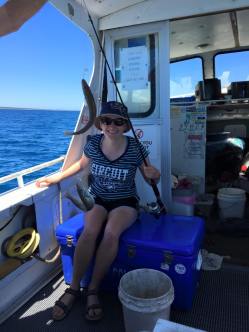 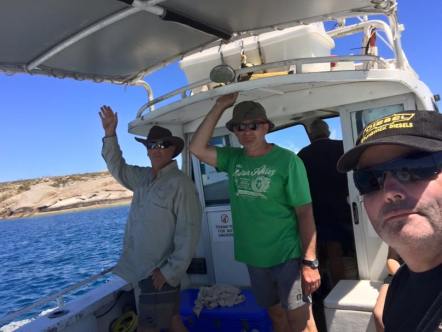 Day Five. Paul and Franca opted to stay at camp and have a quiet day and a bit of kayaking. The rest had a great day out driving around Coffin Bay National Park. Trip started with me getting stuck within 200m of hitting the sand, but as Paul pointed out, had I put the car in 4wd? No.
Great drive along Seven Mile Beach with a lunch stop with some snorkelling and kayaking. Then on to Mullalong Beach and Reef Point with a mix of sand, rock and dirt tracks with Matt cutting his foot at Reef Point. The day was finished with an other great drive across the dunes at Gunyah Beach. 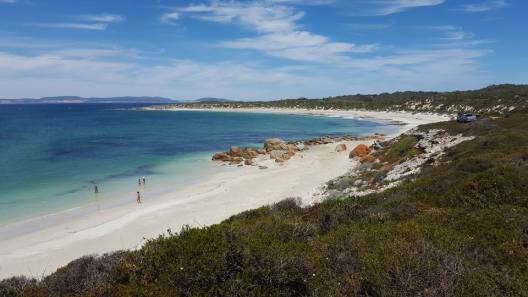 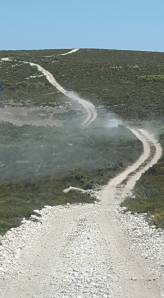 Day six. Left Coffin Bay to Streaky Bay via the Flinders Highway. Uneventful trip with issues. We celebrated new year at Streaky Bay watching a fantastic firework display on a 40c day. The fireworks lasted a good 30 mins. All in bed by 1am News Day. 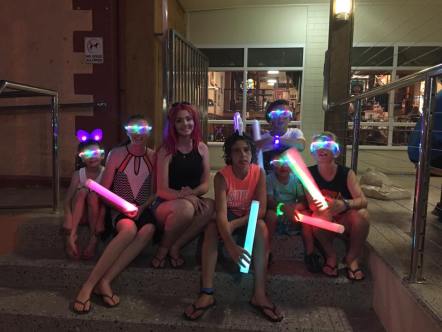 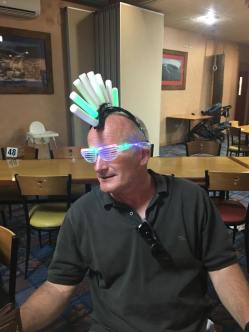 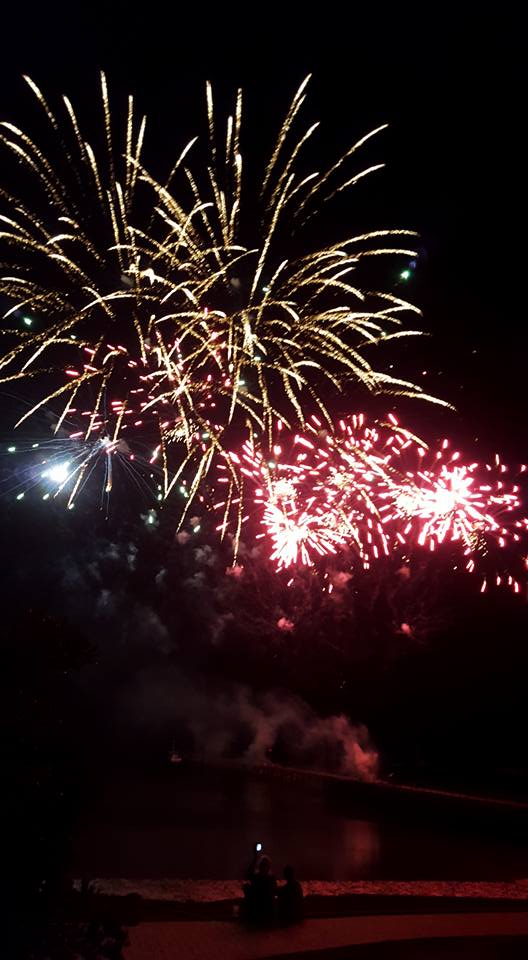 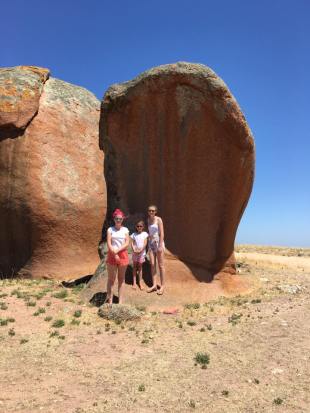 Day seven Matt and family along with Georgia and I decided to go to Murphys Haystack which is an interesting rock formation. Matt then went onto Point Labatt to look at seals. The two Pauls and families went Perlubie Beach which was hosting a sports day which has been going for a 100 years. They played volley ball and won the first game! And lost second game to the eventual winners. Also many others games including sack racing and swimming. Thomas won $25 in 800m run and $10 in swimming.
Day eight saw us traveling from Streaky Bay on the Eyre Highway across the Nullabor to Cockbiddy and a brief stop on a lookout over the Great Australian Bight. Also plenty of eagles to be seen eating the road kill on the side of the road. Georgia and I trying to cook dinner in a howling wind at the campsite, when the rest of the sensible ones had a dinner in the diner!

Day nine was another day driving the Nullabor from Cocklebiddy to Esperance. When we arrived at Balladonia Georgia and I opted to take the Balladonia track which cut off about 200 kilometers of the trip to Esperance whilst the rest did the ‘hard top’ option. We did hear a couple of bad reports on the condition of the track from the service stations, but it was a relatively easy track being mainly sand and rock with no issues. 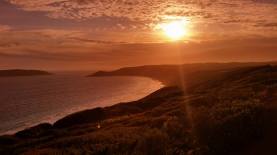 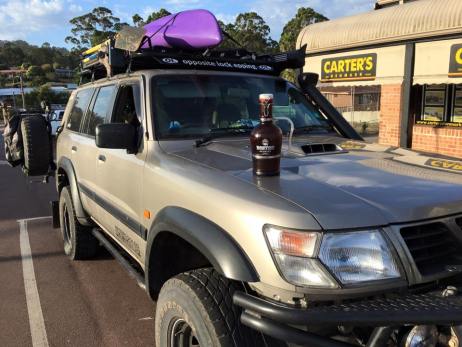 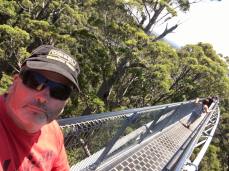 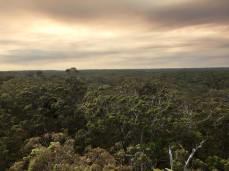 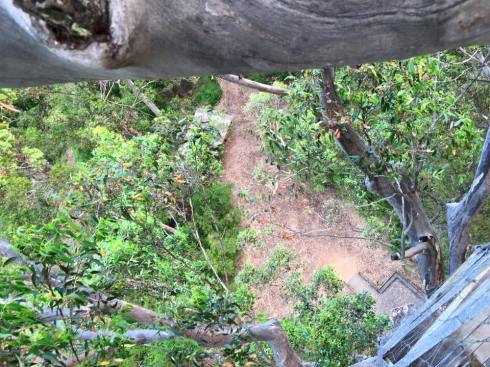 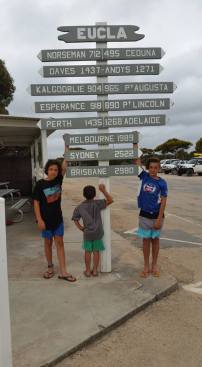